The Significance of the Samsung Note 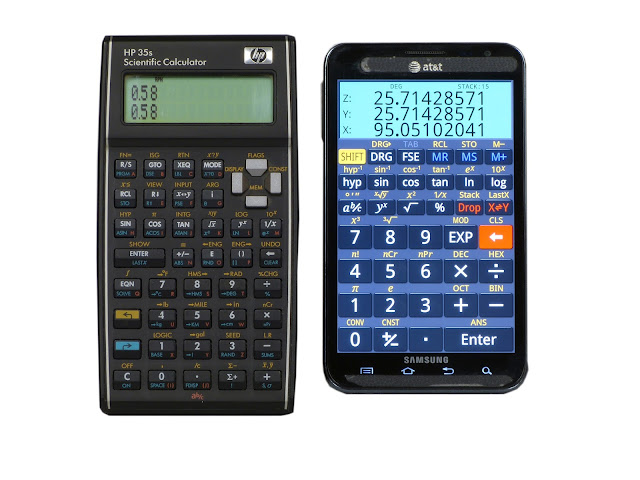 Like much in the history of human affairs, technical advancement does not generally happen in smooth progression. It moves in fits and starts, and smart-phone technology has been on a tear for the last few years.

Palm was the first true smart-phone with a library of independent apps, but it was the iPhone that first found broad acceptance of the general public. Apple seems to have a way with tech fashion, even if they aren’t always the first to market.  Or the best.
The next major fit of development was the Android family.  Motorola Droid offered the first significant competition to the iPhone.  HTC improved performance and over this last year Samsung has come to lead Android technology with it’s large displays, yet light weight.

We now have the Samsung Galaxy Note as it’s latest example, but is it a true advancement of technology?  Yep.  I’ll compare it to my Droid which is what I know best.  The Samsung Note has:

Surprisingly, the Note’s best feature (the screen) is also the critic’s biggest complaint, which is what this post is really about.  The Note is being panned as a “phablet” because of it’s large screen. The logic is, it’s too big to hold up to your face, and yet too small to compete as a tablet.  Here’s an example review:

“The Galaxy Note essentially has everything you’d want in a smartphone: a great dual-core processor, a solid camera, a beautiful display and good build quality, and it runs on ATT’s new 4G LTE network that delivers incredibly fast downloads speeds. Plus the battery seems actually decent so far, which is a triumph for modern smart-phones.

Throw all of that right out the window.

The phone is too big. You will look stupid talking on it, people will laugh at you, and you’ll be unhappy if you buy it. I really can’t get around this, unfortunately, because Samsung pushed things way too far this time.”

And it wasn’t just Jonathan.  Here’s what Zach at BGR had to say:


“Holding this beast to your face while on a phone call in public will result in awkward stares. Not “maybe” or “might,” but “will.” It just looks silly.”

One more – PC World’s review:
“For most, the Note will be too big for a phone, but too small for a tablet. Rather, it’s an awkward in-between device, and will only appeal to a niche consumer base. “

I’m here to tell you, PC World and all the rest are dead WRONG.  The Note will NOT be limited to a niche.  It has hit the sweet spot in size and will become the new standard in smart-phone technology.  Here’s how I know.

There’s not much to which I can easily lay claim, but I am an original and authentic geek. I’m been interested in computers since the smallest ones filled up a room, which was long before they became personal.  It was much later that the first thing that could be considered personal technology was introduced, and it was a calculator.

If you think the lines are long for gadgets now, you should have been around in 1972 when HP introduced the original HP35 calculator.  It sold for $395 which was over $2000 in today dollars, but you couldn’t buy it at any price (no eBay back then).  After placing only two full-page magazine ads, the original HP35 calculator was back-ordered for more than six months!
This backlog was because the HP35 was SUCH a major advancement  in technology, it is hard to imagine even in today’s new gadget world.  The closest competition to the HP35 sat on a desk, weighed 25 pounds and cost more than $10,000 (or $50,000 in today dollars).

In contrast, the HP35 was designed to fit into William Hewlett’s shirt pocket, which is the key to the issue at hand.

Even though back-ordered from their own distribution, I discovered from a friend at HP that I could buy their calculator at HP headquarters.  This outlet was for employees, but he said they weren’t checking IDs.  I immediately flew my plane to Palo Alto, walked up to the front counter and bought two (an extra one for my cousin).
It’s been that way my whole life. I watch a given technology then buy the latest and greatest when it’s introduced; not because it’s a fashion, but because it’s significantly better in some technical way. I bought the very first Palm Pilot when it was released. I generally hold off upgrading until there is significant advancement. At their introduction I bought the first color Palm PHONE (also from Samsung), then the Palm Treo and Palm Centro in turn.
Just over two years ago I ended a long-term relationship with Palm and bought the original Droid on the day of it’s introduction. I considered the iPhone but the first version wouldn’t even copy, cut and paste text which I can’t live without.  Android has been amazing though there are still things the old Palm did that the Droid can not yet touch. But that’s another blog post.

So why am I leaving the Droid behind so quickly? The usual reasons – significant advancement in technology which are listed above, but most importantly because of the size of the screen.  All of that visual real estate is wonderful.  For years now I’ve known the  the original HP-35 hit a sweet spot in physical size and weight.  It was as big as possible without being too big to fit in a shirt pocket.

As it turns out the Samsung Note is almost the same size and weight as that original HP-35. I’ve been carrying the Note in my shirt pocket the last few weeks and it feels just like the HP35 I carried from years back. So according to the reviewers, the only problem is how silly we look if we hold it up to our head, which is my second point – a true geek is like the Honey Badger – he doesn’t give a shit.

And that’s how I know I’m authentic: I don’t understand why it looks weird to hold a Samsung Note up to your head.  Why does it matter?  It’s what it DOES that counts.  I for one believe it’s the ultimate geek-cred.  And who’s says Bill Hewlett wouldn’t have looked cool talking on his new calculator, if there had been some cell towers around?
Who wants to bet the next iPhone is not bigger?

And that in three years the Samsung Note will be the standard size for a phone?

And then it will be cool.